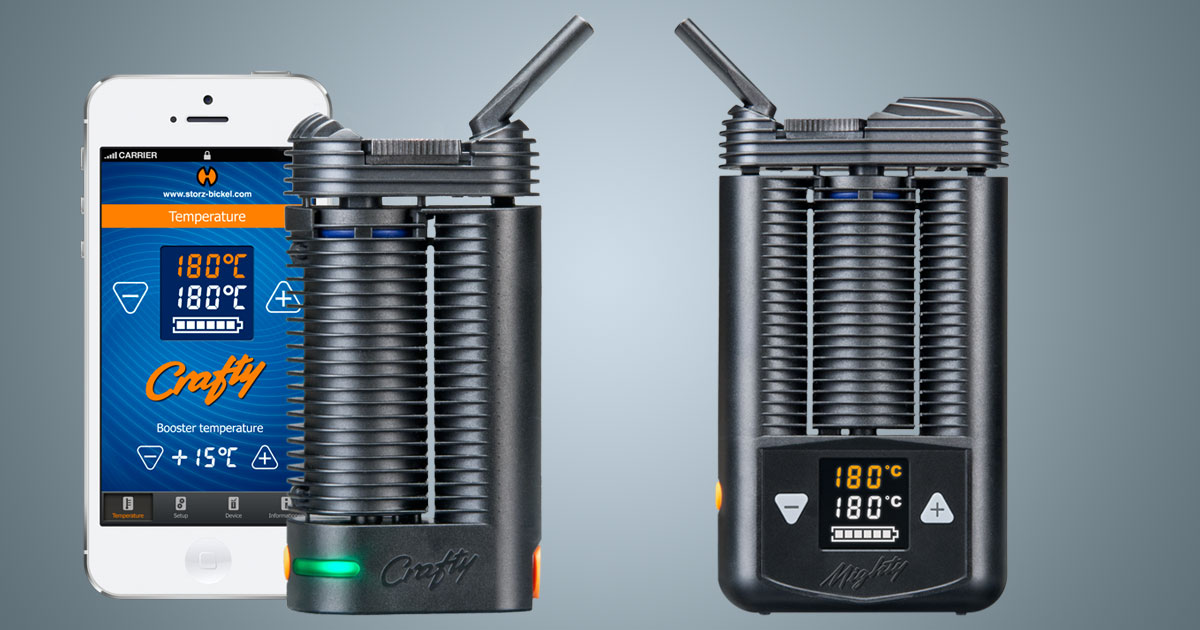 Everything You Wanted to Know About the Mighty’s Hybrid Heat

The Mighty vaporizer is the flagship portable model of Storz and Bickel which are known to be one of the most unique vaporizer manufacturers in the industry while also creating powerful and delicious models. The go-to portable model from Storz and Bickel is their Mighty. The Mighty was created in 2007 and since then it hasn’t stopped being one of the best models around. The reason the Mighty has such a well-regarded reputation is because of its relationship with its heating technology which is incredibly well handled.

The Mighty Vaporizer is well known for its incredible power and delicious taste, but this strength has given it a very bulky body that a lot of people find difficult to discreetly transport and use. For this reason, The Mighty is often called a cordless home vaporizer rather than an actual portable vaporizer, but in many people’s views, the trade is worth it. Unlike say the likes of the Volcano or other desktop models, the Mighty has managed to retain the same quality and density of the vapor of these kinds of models but isn’t restricted to being stuck to a cord.

Everything that makes the Mighty the amazing vape that it stems from its heating system. Well treated vapor is what has set this vape apart from everyone else so to learn more about hybrid heat and the other elements that set the Mighty apart, keep reading. 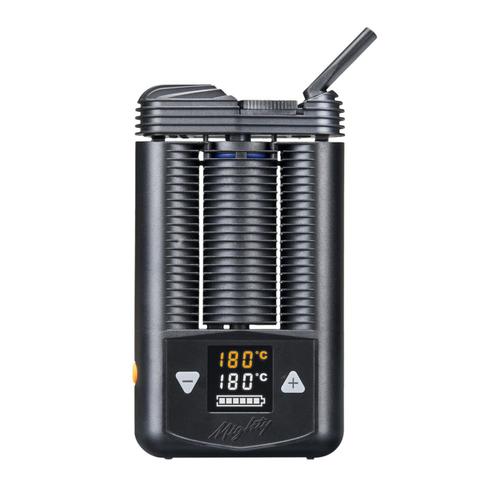 Hybrid Heat isn’t anything new, but back in 2007 when the Mighty was first being released, it was. Not many vapes had it, especially the handheld models, and it rocketed the Mighty to the forefront of the market. Since 2007, despite never an official sequel being released, the Mighty has still been there. Now and then another model comes along that creates competition for the Mighty. These models are still of amazing quality, but every single time The Mighty sticks around while it’s competitors fall by the wayside.

Hybrid heating is essentially when you combine the benefits of both conduction and convection styles of heating but don’t get the downsides of either because they cancel each other out. Hybrid heated vaporizers are a favorite among people who want a varied and adaptable kind of vape for their daily life, and that’s because there are so many advantages to be talked about. Hybrid heat is the future of vaporizers. Every day smaller and cheaper models are pulling it off so it’s very important to understand its benefits now because soon the majority of vaporizers will work this way. 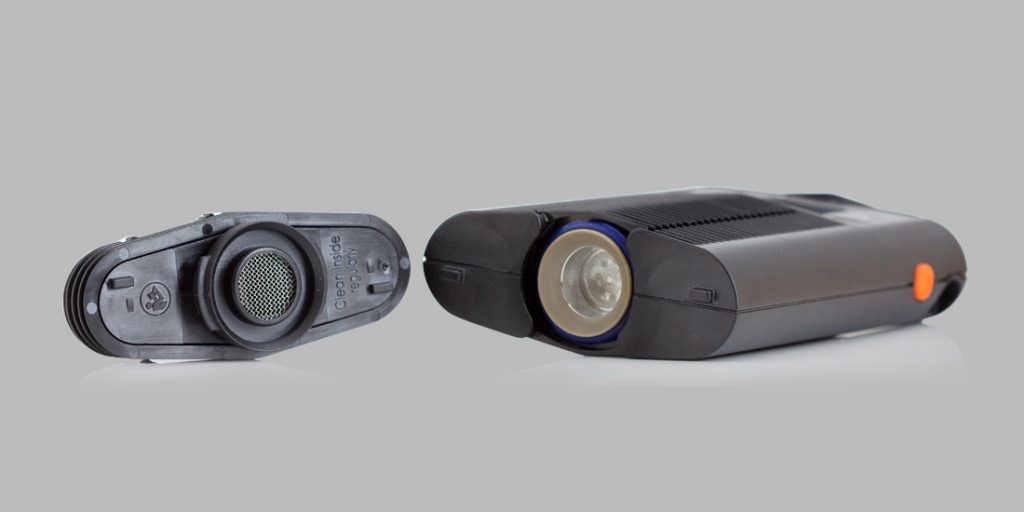 Conduction heat is probably the most widely used form of heat because of how little power of how few electronics it takes up within the vape but remains quite efficient. With conduction, the heating element is in constant direct contact with your herbs. Usually, this heat source sits at the bottom of your chamber so that the material vaporizes down to it.

More and more vaporizers these days have the technological luxury of being convection based, meaning the herbs aren’t in direct contact with the heating element and are instead heated by hot air. As the hot air travels over the herbs the vaporize and you end up with a much even cook on your herbs overall while the hot air dramatically lowers whatever draw resistance you would have otherwise experienced.

Convection also can deliver the best taste to the herbs as the convection works in a similar principle to a lot of modern-day ovens, giving a toasty taste to the herbs which is one of the biggest reasons why convection systems are so beloved. One of the downsides of convection heating is that since all your herbs are cooking at the same time, all your vapor is being created and must be consumed or else it’ll inevitably waste.

Another, smaller aspect of convection vaporizers that have always been a big plus is the massive improvement they make towards the draw resistance. The flavor is the top priority, but the fact that convection

What Does All This Mean For The Mighty

The Mighty, like all hybrid vaporizers, mixes the benefits of conduction and convection heat while backing up their weaknesses. For the most part, convection heat is the better option for taste, but with addition conduction elements, that means the vape can heat incredibly fast and then be lifted by the forced air elements of the convection before the air itself heats up. You still can’t hold onto your bowl like you can with conduction, but the overall efficiency and toastiness makes for some great quick vapes or full-blown home sessions.

A lot of the Mighty’s flavor and temperature control all come from its hybrid heating element, but that alone wouldn’t be enough to raise this model above all of the others for so long. The Mighty isn’t a fancy vape so it doesn’t have anything like an app or different modes for stealth or parties or whatever else some vaporizers need these days, but what it does have is full temperature control right there on the base of the body through an LCD screen and it also has a cooling unit to prevent the vapor from being too harsh by the time it gets to your mouth.

The absolute focus with this vape is in the vapor, and yes they’ve sacrificed a lot of this vape stealth and portability potential for sheer power, but when you sink into the couch after you start your session, you realize it was all worth it. Everything about this vape comes together so harmoniously.

The convection heated elements of this vape are so strong despite being released so long ago that the draw resistance on this model is incredibly low. It’s so easy to draw from and, even though such an aspect isn’t maybe as important as the kind of flavor the vape comes out with, it’s still something that’s greatly appreciated.

More About The Mighty

Everything about Storz and Bickel screams power, and the Mighty embodies that. The vape itself, like many of Storz and Bickel’s designs, looks like a pure, powerful machine. It’s one of the reasons why these are great models to own. The Mighty doesn’t bother with appearing elegant or stylish or needing to disguise it as something else. It makes no apologies for what the Mighty is, and that’s a beast. With the coiled battery compartments and the bulky cooling unit that rests on top, the Mighty looks like it belong more inside a car engine than it does to be vaped.

The Hybrid Heating on this vape is just one example of this. It’s a well thought out and well-built concept that proves a vapes’ worth is all in how it handles its herbs. Without creating one of the world’s most perfect hybrid systems very early on, the Mighty wouldn’t be where it is today. 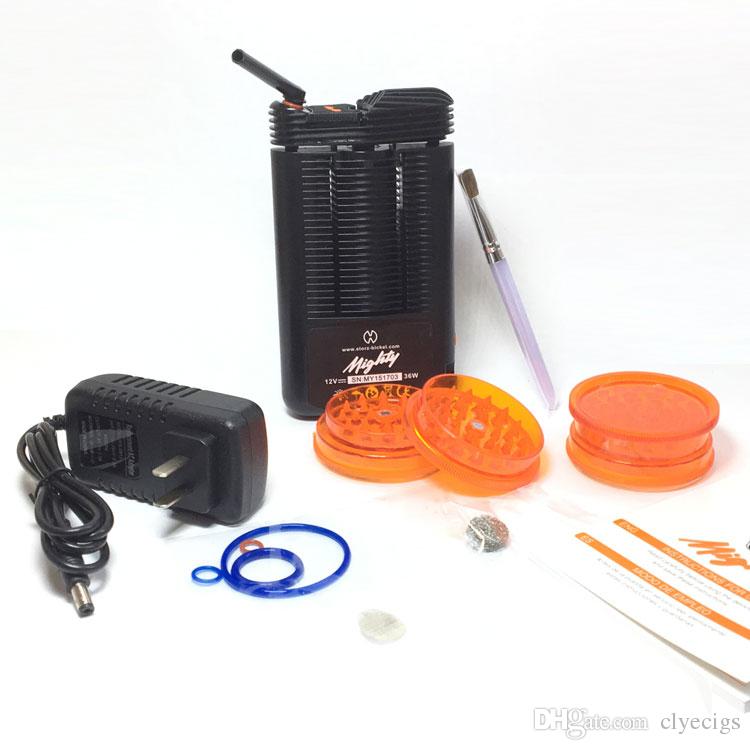