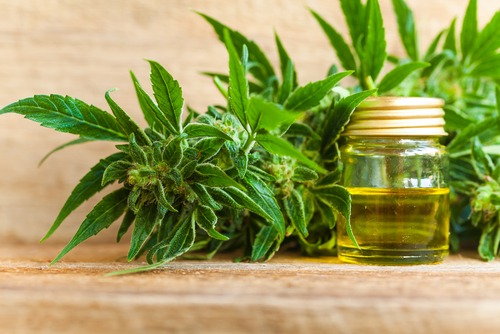 After the 2014 Farm bill was passed, hemp was legalized in all 50 states. However, the legalization of CBD gets a bit confusing and most people don’t understand it. The legality of CBD actually depends on what plant it is derived from. CBD can be derived from both hemp and marijuana, which are members of the same family. both plants are similar in so many ways. However according to the law, hemp contains less than 0.3% THC oil marijuana contains more than that. THC is the compound that causes a euphoric feeling, which makes it illegal.

To be clear, CBD derived from hemp is legal in all 50 states. However, CBD derived from marijuana plants is illegal in most States. Marijuana plant has a lower percentage of CBD and a higher concentration of THC. Marijuana is not very ideal when it comes to producing CBD products because extracting CBD would mean extracting THC as well that is within the legal limits.

On the other hand, has a higher concentration of CBD and very little THC which makes it the best option for CBD processing. For this reason, hemp was legalized as an agricultural commodity.

Hemp-derived CBD is the legal in all states as long as it is produced within all the laws and regulations defined. Best CBD is legal if it contains less than 0.3% THC, it adheres to the state federal regulations, and she’s grown by a licensed grower.  Hemp derived CBD products have no restrictions as long as they follow these regulations. If CBD is not grown in your state, you can easily purchase Scandinavian CBD online.

While hemp derived CBD is legal as long as regulations are followed, marijuana-derived CBD gets a bit complicated. This is because hemp plant is legal but marijuana plant is illegal. In certain states such as Colorado and California, marijuana is legal both medically and recreationally. this means that CBD derived from marijuana is also legal in the States. However, in other states such as Ohio, it is illegal for recreational use and strictly controlled for medical purposes.

What states allow marijuana derived CBD For recreational use?

In 2019, 10 States allow cannabis, which includes hemp and marijuana for recreational and medicinal use. In the States, both are completely legal. These States include California, Colorado, Alaska, Maine, Nevada, Michigan, Massachusetts, Oregon, Washington, and Vermont.

What states is marijuana-derived CBD allowed for medical use?

In most of the States, in order to acquire marijuana-derived CBD you need to have a medical marijuana card. different states have different requirements for obtaining the marijuana card and you would need to enquire on what is necessary depending on where you live.

States where marijuana to write CBD is completely illegal

There about 3 states that strictly prohibit the use of marijuana Drive CBD. Even hemp derived CBD is still a bit on the grey area when it comes to the States. these are South Dakota, Nebraska and Idaho. if you live in the States could be wise that to be very cautious when handling CBD products.