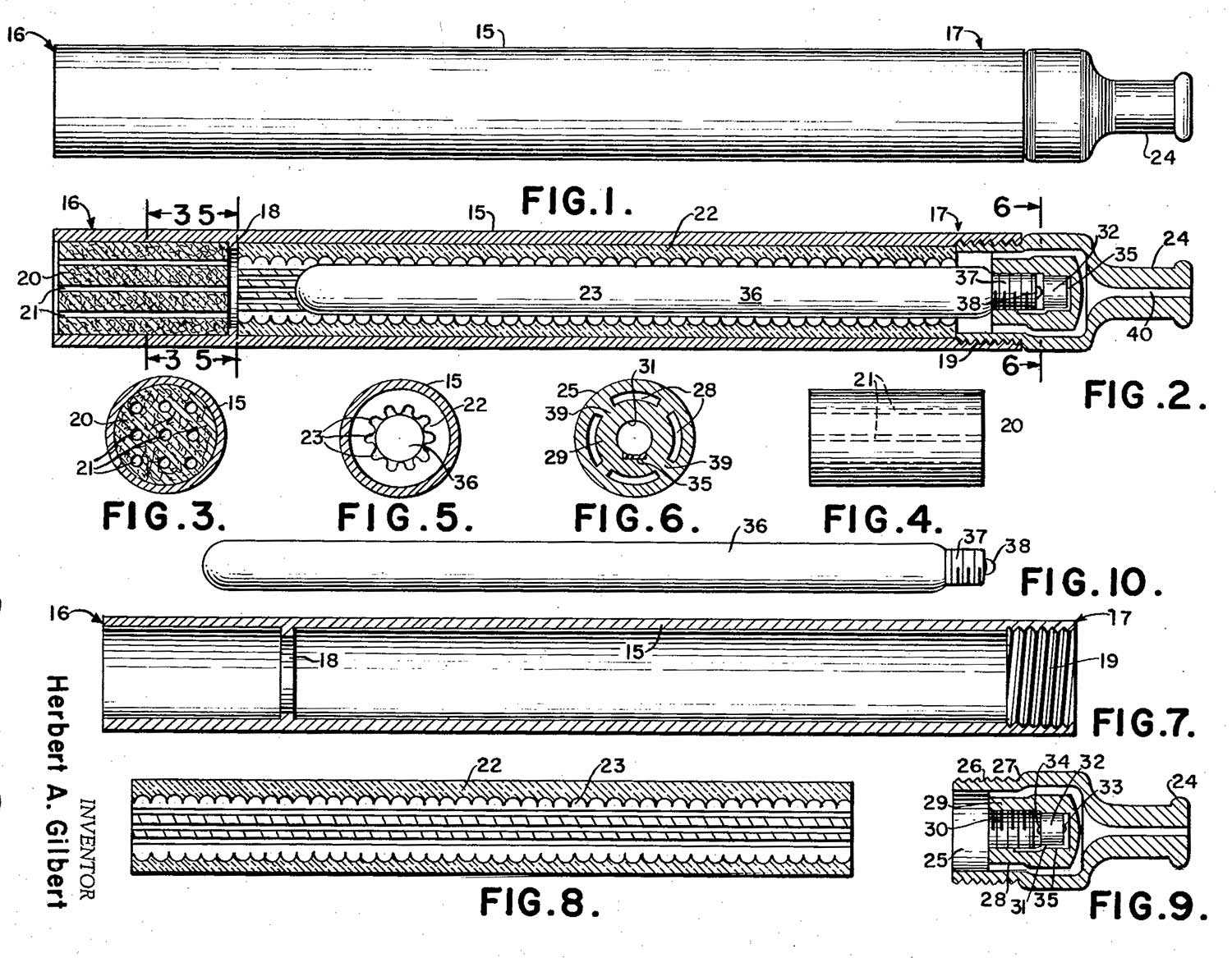 The true origins of vaping

Have you ever had conjectures on who invented Vaping and how? Who do you think championed the Electronic Cigarette? Majority of the vapors have “Hon Lik” as the answer. He is claimed to have created and formulated the first electronic inhaler sometime towards the beginning of this century. But last year, an interview with Herbert Gilbert, unfolded a varying degree of opinions and debates, on the real inventor of the modern e-cigarette.

First electronic cigarette was manufactured in America by Herbert A Gilbert in 1963. Two years later his patent for a “Smoke free Non-Tobacco” cigarette was finally granted. The prototype of the gadget contained a nicotine-free product with a flavored vapor. However, there were technical challenges in battery and power provisions. Battery technology was in its very primitive stage. Most of the rechargeable batteries in vogue were heavy, expensive with limited storage capacity. Thus although the concept was much ahead of it times, both technologically and socially, because of inadequate commercial interest and technical hitches, Gilbert’s patent sank into oblivion.

Very few people may have heard of Hon Lik. It’s a pity primarily because of the reason that he has probably saved many lives. Hon Lik, a Chinese by origin, was employed as a pharmacist and traditional medical expert in an agriculture-based research laboratory. Hon’s father had died of lung cancer. Hon, being a chain smoker himself, decided it’s high time he kicked the habit. Initially he tried with nicotine patches which unfortunately didn’t yield positive results.

His initial experiments were centered on creation of a vapor generation system and testing of various liquids. He was on the lookout for a specific liquid that could replicate the feeling of tobacco smoking inhalation. Eventually he found one in propylene glycol which is a commonly used food additive. The compound is non-toxic, capable of producing satisfactory vapor. It is also highly soluble in nicotine or other flavorings. In addition to this, a dash of vegetable glycerin formed the main ingredient of the e-liquid.

Hon had the expertise and resources to try something new. He designed a large system that used a console, an ultrasonic emitter, capable to convert a jet-like flurry of pressurized liquid into a mist, through vibrations at very high frequency. And then sometime in 2001, he invented vaping. The design was patented in 2003. However in 2004, during the launch of the first commercial product Hon replaced it with an atomizer coupled with a heated coil. This structure produced more heat and vapor than the original configuration. He also used modern lithium ion batteries to turn the device into a user friendly tool.

Another reference to the much publicized and popular vaping technology, has found its origin in the early eighties, linking up to a device supposed to be conceived sometime in the 70s. This device was invented by J Philip Ray, who happened to be a computer entrepreneur. Thwarting previous attempts to develop fake cigarettes, this device was developed with an objective to transform and deliver nicotine into vapor form. Dr. Jacobson was the person to run the first trial on this device. He also described and coined the device as “Vaping”, and familiarized people who used it as “Vapers” with much hype and fanfare.

A subsequent trial, that was carried out later, also came up with identical results and observations that are in line with the modern theories and studies concerning Vaping. Vapers were examined and they exhibited diminished levels of cotinine and carbon monoxide, something similar to non-smokers. In this way, Vaping emerged as a more effective tool to quit addiction of normal smoking. Dr. Jacobson also suggested on the basis of feedback received by experienced vapers that the device was potent enough to make and learn, existing smokers, ways to self-titrate, so that they can intake nicotine content as per their individual levels of needs and satisfaction. These devices, cheap and readily available proved to be extremely helpful in replacing tobacco cigarettes and smokers benefitted from them. Now online stores like Herbalize Store US or Herbalize Store CA have added an edge to the scenario with wide range offerings.

Where do we stand today?

Hon Lik and Herbert A Gilbert jointly share the credit for designing the modern vape device. These two inventors masterminded the original concept and formed a real product that laid down a big foundation to build supplementary inventions. Well-known British vapers namely Umer and Tariq Sheikh later improvised upon the basic design using a cartomiser which is essentially a combination of cartridge and atomizer.