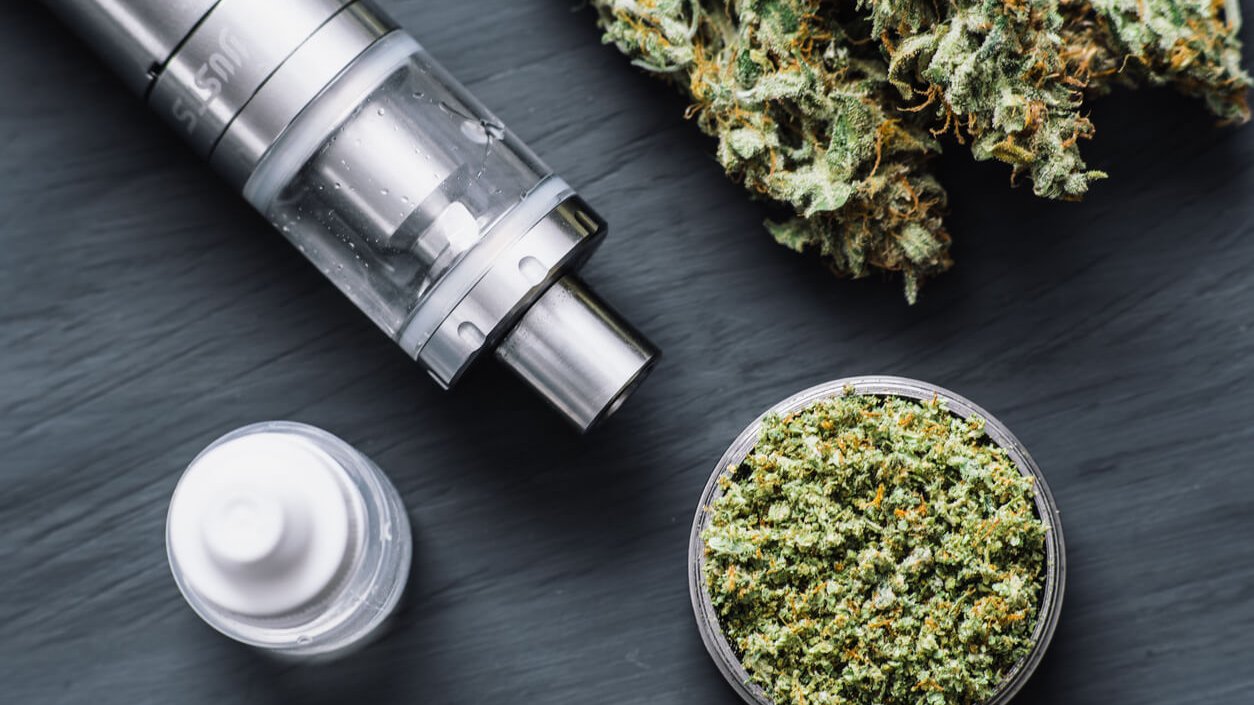 Top 5 strains of cannabis for vaping

There are many ways to consume weed, but one of the safest is vaping – using an e-cigarette with an internal atomiser that disperses vapour rather than smoke.

Most people love weed for the pleasure it brings, while others value the therapeutic relief it brings for the symptoms of medical conditions. However, an increasing number of people are realising that the many benefits of weed come at a cost to individual health. Many medical professionals believe that cannabis poses much less of a risk to health than tobacco and it has far fewer side effects than opiates, but smoking weed does pose a risk to health, in particular the lungs. Fortunately, there is an alternative – vaping.

If you would like to try some strains of weed for your vaporiser but aren’t sure which is right for you, why not check out our list of the top five best strains for vaping?

Grandaddy Purple or GDP is an iconic strain with complex flavours of berries and grapes – any weed connoisseurs regard it in the same way as a fine wine. GDP is an Indica-dominant hybrid that originated in California; it is a cross between Big Bud and Purple Urkle.

Grandaddy Purple is known for its potent effects upon the body and mind. Its Indica dominance enables a beautiful blend of relaxation and euphoria to users. Those who use it for medicinal use also rate its ability to treat muscle spasms, pain, insomnia and loss of appetite, amongst numerous other conditions.

White Widow is a hybrid variety of cannabis, which was created by blending the genetics of a native Brazilian landrace and a resin heavy Indica from the Indian sub-continent.

White Widow is one of the best-known strains of weed in the world. She is a well-balanced hybrid originating in the Netherlands. She is a cross between a Sativa landrace from Brazil and a South Indian Indica, known for its high quantities of resin. White Widow is named because of her buds which are white laced with crystal resin, and offering a warning of the powerful effects to come—a sharp burst of euphoria and energy breakthrough, immediately stimulating both conversation and creativity.

Blue Dream is a common and highly popular variety of weed. It is a Sativa-dominant hybrid that induces a pervasive and intensely relaxing high. Initially developed in the coast of northern California, this is one most iconic strains of cannabis. Blue Dream’s parents are the Indica Blueberry and the Sativa Haze.

Users think of Blue Dream as a strain with a nice balance of THC and CBD, and it is suitable for novice users and veterans. Blue Dream’s high THC content gives the users a soothing, gentle, and blissful high and is also widely used for medical purposes as it has some pretty impressive medicinal powers. Blue Dream is successfully used by many to combat pain, nausea, stress, and depression.

One of the best-known known strains in the world, Acapulco Gold, has been compared to a gourmet dinner at a high-class restaurant. As you might guess from its name, Acapulco Gold originates from the mountainous regions around Acapulco, Mexico. Its burnt orange pistils resemble a gold nugget, with gold, green, and ochre shades of resin collecting on the buds. A delicious burnt toffee aroma lingers when you squeeze the bud with your fingers. Acapulco Gold is undoubtedly one of the finest cannabis strains ever created, but it is becoming harder to source due to more growers moving indoors.

Girl Scout Cookies or GSC for short is a well-loved hybrid strain. GSC is a strain native to California which was created by blending the genetics of Durban Poison and OG Kush. GSC has a delightfully pungent aroma, and it is famous for its very powerful effects. Girl Scout Cookies causes a very profound feelings of euphoria when smoked or vaped, and it is a very relaxing variety of weed.

And when it comes to medicinal usage, GSC is also a front-runner. It has a lot of fantastic attributes which also make a popular choice. It has incredibly potent stress and depression alleviating effects, and it is also frequently used to treat chronic pain.